SCHILLER was founded in 1974 by Alfred E. Schiller. Starting in a four-room flat as a one-man business, the company has become a successful group with around 1000 employees, 30 subsidiaries and a global sales network. Today, SCHILLER is a world-leading manufacturer and supplier of devices for cardiopulmonary diagnostics, defibrillation and patient monitoring as well as software solutions for the medical industry.

For more than four decades, SCHILLER has been committed to the fight against sudden cardiac death. While the most established manufacturers still sold heavy and bulky emergency devices, SCHILLER launched a handy emergency electrocardioscope that was ten times lighter. Simultaneously, the company not only made a name for itself, but also set new standards. Two years later, the smallest emergency ECG device with integrated printer followed. A built-in microcomputer allowed the automatic measurement and interpretation of the ECG. This in turn enabled the early detection of heart disorders. Thanks to suitable therapies and rehabilitation measures, physicians can thus protect people of all age groups from sudden cardiac death.

As success increased, so did the product portfolio: devices such as blood pressure monitors and spirometers completed the product range, while complete diagnostic stations and monitoring devices were being produced for clinics and medical practices.

Similar to the product range, the production sites and competence centres also expanded. In addition to the headquarters in Baar (Switzerland), a competence centre was established in Wissembourg (France), specialising in the fields of defibrillation and monitoring. Later on, another competence centre opened in Graz (Austria). The company medilog became part of the SCHILLER Group. This new alliance allowed SCHILLER to acquire additional know-how in the field of high-end long-term ECG and to remain in the leading position. The next major step was achieved in 2014, through the alliance with GANSHORN, a company specialised in the field of pulmonary function diagnostics. At a time when pulmonology and cardiology are moving closer together, smart and combined solutions are required. Both leading companies recognised this market need early on and consequently decided to consolidate their long-term collaboration. SCHILLER AG has now acquired the majority of the share capital of GANSHORN.

SCHILLER has developed unique products, such as FRED easyport®, the world's smallest defibrillator, or the "Fire of Life" software, which analyses the autonomic nervous system. The HRV (heart rate variability) is analysed and the patient's condition is displayed in the "Fire of Life" graphics. This graphics shows how well the patient can cope with stress and how he reacts to rest. This opens up completely new diagnostic possibilities, allowing for example to reduce the risk of a burnout.

However, resting on its laurels is not an option for SCHILLER because innovation is a priority for this Swiss company. More innovations are close to the testing phase.

In spite of the company's continuous growth, size is not as important to SCHILLER as is strength. It relies on a motivated team, creativity, openness to new ideas and pioneer courage. "The Art of Diagnostics" is infinitely creative and it inspires us to continuously improve our products. 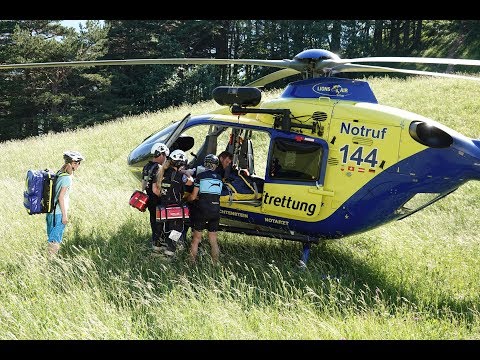