We have detected that you are here: United Kingdom.
You will be redirected to the website for: United Kingdom
in: English.
Would you like to see the content for another country or in another language?

On 19 May 2021, the 1000th PowerCube® Body+ rolled off the production line at GANSHORN in Niederlauer (Germany). SCHILLER congratulates GANSHORN on this milestone.

PowerCube Body+ is a body plethysmograph to measure lung and breathing parameters, such as breathing resistance, residual volume or total lung capacity. "In 2011, we were able to launch the fourth generation of the modern lung laboratory, the PowerCube Body+. This was the first device with flow measurement based on ultrasound technology. This technology is now considered the gold standard, which is why we are an indispensable part of the pneumology industry in Germany and also of hospitals abroad. Since then, we have quadrupled the sales of this device," explains Dr Stefan Ponto, GANSHORN Executive Vice President, with a brief look into the past.

SCHILLER is proud to have had the successful company GANSHORN as a part of the SCHILLER Group already since 2014. From the SCHILLER headquarters in Baar/Switzerland, a hearty congratulations goes out to GANSHORN in Niederlauer/Germany.

The announcement of the 1000th PowerCube Body+ can be found at www.ganshorn.de. 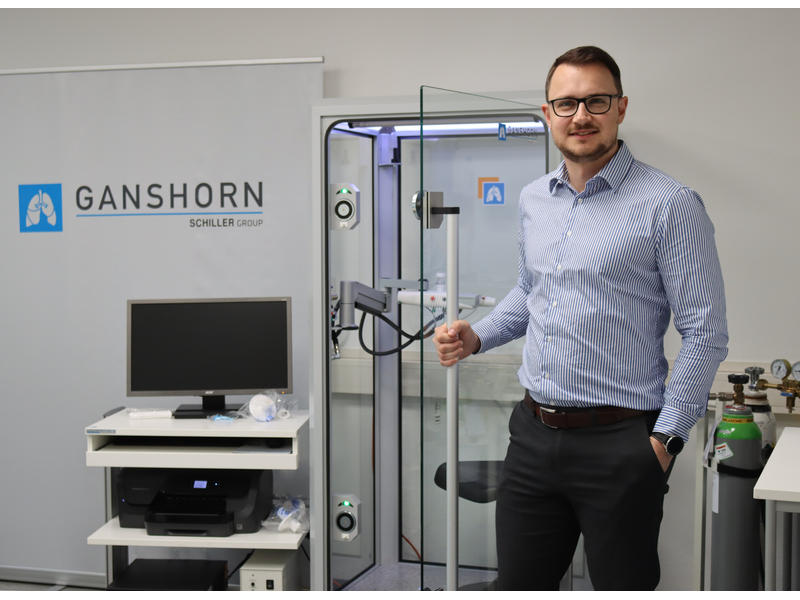